← more from
On The Corner 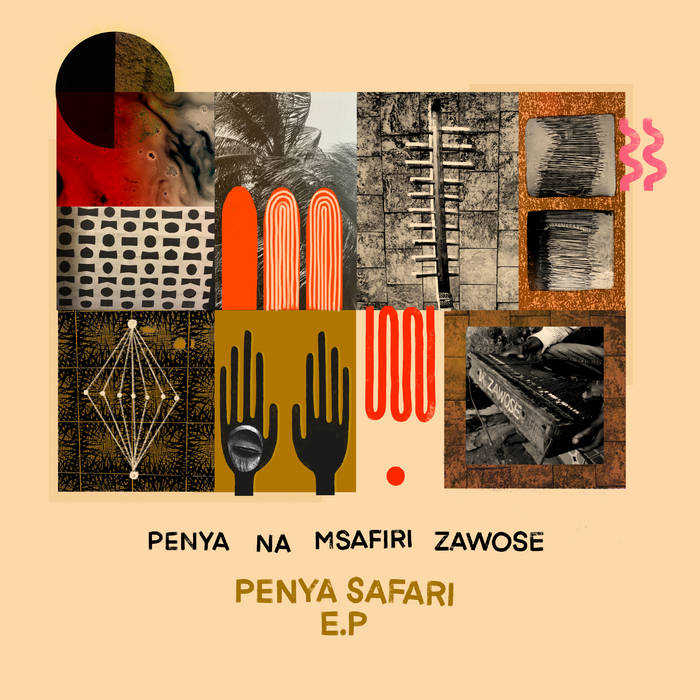 In September 2017 Magnus P.I found himself in Tanzania, East Africa. "I’d been invited by Msafiri Zawose to play a show in Dar Es Salam, and to spend a week recording with him at his home near Bagamoyo.

We are standing in a bare, dark, dusty concrete compound with a couple of tiny windows. In the corner there is photo of Hukwe Zawose (Msafiri’s late father) performing at the Barbican in London - This is the same space that Hukwe had used when visited by Peter Gabriel’s “Real World” project back in the 80s.
I have one microphone and a computer, and I’m surrounded by Msafiri’s various instruments hanging on the walls - an array of Zeze (string instruments) Illimbas (thumb pianos), a Marimba, and an array of hand drums and shakers.

We start recording at about 10am every morning. We capture the ideas immediately, without much discussion - if it feels good, we record.
I ask Msafiri if we can add more voices, so he asks his sister Tabu and brother Bahat to come in - the three voices sound unbelievable.
There are scores of young children playing outside the compound (you can hear them in the background on the record) and sometimes they spill in, dancing to the music as we work.

Back in London and mulling the recordings over, I become convinced that I wanted to produce a record that represented the intuitive musical journey that, as friends, Msafiri and I had started in the compound.
I wanted to make a personal record, and was keen to avoid falling back on any generalised notion of “African-ness”, or “London-ness”.

By Spring 2018, my band Penya had just released our first record ‘Superliminal’, and we were on the road - so, I played the Bagamoyo recordings to the band. It felt like a risk, but, enlisting the help of engineer and co-producer Mattia Satori, (and the additional input of Tamar Osborn) I decided to try and develop the Bagamoyo sessions as something of a collaboration with Penya.

It was a tortuous process.

Integrating the bands ideas with the Bagamoyo material required the creation of many different versions of each track, and it took a long time before any of them started to sound like they were fully integrated.
Progress was slow, and I remember feeling extremely nervous sending Msafiri my mixes. But, to my delight, he embraced our ideas immediately, saying “I love the music very much” and within days had recorded fresh material to help further shape our work into finished songs.

Our EP is a snap shot into this world, with vocal contributions in Swahilli, ancient Yoruba, Finnish, Spanish, and made up languages. Making this record pushed us hard into new territories, and we are grateful to Msafiri for being so generous with his material which emerges from a deep, many centuries old tradition.”

Penya are a genre defying quartet that embody the energised sound of a cosmopolitan UK.

Since “Superliminal”, Penya have released collaborations with a diverse array of artists including Dengue Dengue Dengue, Photay, Sarathy Korwar, and most recently the renown Tanzanian artist Msafiri Zawose.

Bandcamp Daily  your guide to the world of Bandcamp